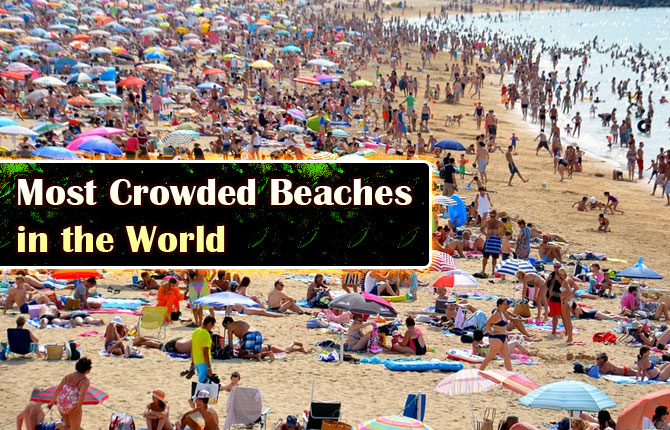 The words “serenity,” “peace and quiet” and “solitude” do not apply in any of these beaches! Avoid any of the following crowded beaches, unless you like noise and people-watching! Dalian is a city in Liaoning Province, China. Its beach is packed with thousands of people in crowds every summer to beat the seasonal heat. It is so overcrowded at this beach that you could possibly miss seeing any sand! The world-famous Brazilian beach is located right at the bustling Rio, which is also one of the world’s most populous and highly-urbanized cities. Made immortal by the international bossa-nova hit “Girl from Ipanema,” Ipanema Beach is one of Brazil’s most crowded beaches, together with neighboring Copacabana Beach.

There are lots of volleyball and soccer games, watersports, as well as restaurants and bars, lining the shores, lively samba music, and carnival-like atmosphere — Ipanema is a highly commercial beach. If you want a beach for total peace and relaxation, then Ipanema is not for you. But if you like gazing at other beach-goers, you’ll have a field day at Ipanema! Perhaps Australia’s most famous beach, Bondi Beach is located right in the city of Sydney, the country’s financial hub. You cannot complete your Sydney holiday without a couple of must-see destinations: the Sydney Opera House and Bondi! See the golden sands, the blue waters, and the crashing waves, as well as experience its iconic surfing culture. Bondi can get too crowded, though, especially during the summer. What you see in this picture is the paved seafront in Brighton Beach. It is one of England’s most famous seaside resorts located in the county of East Sussex.

Since Brighton Beach is also near to the capital city of London, no wonder that a lot of Londoners spend their holidays there every summer. There are a lot of establishments — bars, restaurants, shops, cafes — so yes, this beach is quite commercialized. This seaside town in Maryland off the Atlantic coast receives a whopping eight million tourists every summer! So a “me time at the beach” is almost impossible there. Ipanema’s neighbor has not gotten any quieter! An average of 2 million tourists visits Copacabana Beach, which is also located in Rio de Janeiro. Lots of tanned beach-goers, surfers, food, and drinks, watersports, paved walks and lively entertainment, so the Copa is good if you want a beach that’s bustling with activity and has lots of amenities. It is also a famous place for New Year revelers where you can see one of the world’s biggest and most extravagant fireworks displays as well as huge year-end concerts. Anjuna was brought to fame during the 1970s because of its ardent hippie culture. It might not be the best beach in Goa (or in entire India) and can get too crowded, but you can check out its flea markets and attend the lively night parties during the full moon. A residential neighborhood in Brooklyn, one of America’s iconic beaches is also famous for its amusement parks. No wonder this beach is chockfull with tourists — mostly New Yorkers — who gather there during summer. The coastal city of Miami, Florida is, not surprisingly, famous the world over for its beaches. Millions of American and foreign tourists flock to Miami Beach especially through the sunny months of November and April. 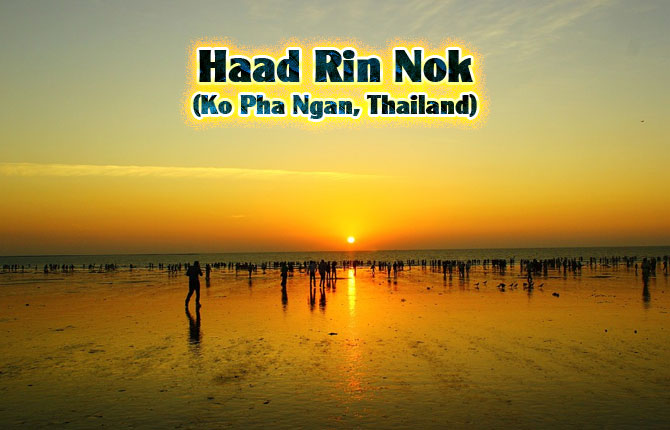 Haad Rin Nok is not the place to go if you’re looking for an uninhabited, deserted beach. About 20,000 to 30,000 tourists go to Haad Rin Nok at its peak season where the famous Full Moon party also takes place. Bournemouth is a coastal and resort town in southern England known for its seven miles of golden beaches — and crowds! It attracts over five million visitors a year but despite the large volume of tourists, Bournemouth manages to remain as one of the best beaches in England and even in Europe. Myrtle Beach is the name of the coastal town as well as the beach itself in South Carolina, off the coast of Atlantic Ocean. In its peak season, crowds can get really massive — about 14 million tourists go there to enjoy the sun, sand, and sea but obviously not serenity and solitude. If you want a quiet beach holiday, you’d rather look elsewhere.