Beaches are nature’s wonderful creations. But behind the tropical paradise lurks a potential (and even serious) danger, so be aware of some certain beaches here in this gallery if you are planning to visit any of them. Unless you want to be attacked by piranhas, anacondas, or electric eels, never swim in the waters at all and stay on the shore. Even paddling in the waters sounds quite risky. The beaches were once the site of nuclear bomb testing. As if the radiation levels aren’t enough to scare you, the waters are also infested with sharks. Despite the fact the local government has declared the beaches as being safe, you still may want to think twice about swimming there. Since the Chowpatty Beach is the site of the festival held in honor of the Hindu god Ganesha, the beach is usually left with thousands of pounds of garbage. Needless to say, the garbage is disgusting and dangerous to the environment. The world-famous beach in Rio is also considered dangerous. Sharks? Might be, but only six confirmed deaths have been reported. The real danger is on the shore — petty crimes such as theft and robbery. So watch over your belongings, be alert and be extra careful when vacationing at the Copa! Fraser Island holds the distinction of being the world’s biggest sand island, and it’s a white-sand-blue-waters paradise! However, it is also home to some of the world’s deadliest creatures — sharks, jellyfish, spiders, and crocodiles. Gansbaai, South Africa is home to about 60,000 fur seals, which instantly attracts the great white sharks that swim towards the shore. Brave tourists who want to see the sharks up close and personal may take pictures of these dangerous creatures while being cooped up inside a shark-proof cage. 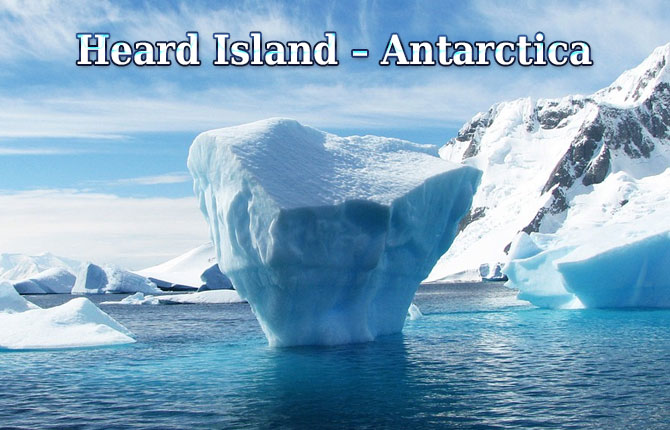 Want to have some really extreme surfing? Maybe you’d like to try Heard Island in sub-zero cold Antarctica! This icy beach is famous for its giant waves. Believe it or not, some serious surfers do go there just to catch those waves, even if it means they will most likely suffer from hypothermia. Hawaii is famous for its fantastic beaches, and unfortunately, lots of volcanoes. This black-sand beach is home to the Mt. Kilauea, which has been active since 1983, making this paradise a danger zone to tourists. Sometimes, an island paradise is a lot more dangerous than it looks. The North Sentinel Island is a remote island which is the home of probably the oldest existing and most isolated tribe in the world, called as the Sentinelese. They violently reject any contact from the outside world, and if you try to set foot on their territory, you’d probably be dead on the spot. People who have attempted to establish contact with the tribe are usually greeted with a torrent of arrows.

India also attempted to make contact with them but its plane ended up being attacked by a hail of arrows. In 2006 a boat which carried two sleeping fishermen accidentally drifted to the island’s shore. These unaware fishermen were killed by the native archers. Playa Zipolite may be an alluring beach but it is also dangerous because of its huge waves. Many people have died on this beach because of the waves which lead to powerful undercurrents. Despite that, many tourists still visit this beach. Schitovaya Bukhta is a popular surfing beach but it also houses a military base. Because of this, surfers have to secure a permit from the officials. The facilities also contain old nuclear submarines which give off radiation leaks. This particular beach in Shenzhen, China has located just nearby Hong Kong across the border. Apart from that, this beach is a little bit too overcrowded; children from 1 to 14 years old often die from drowning on this beach. Since 2011 sharks have claimed five lives near the beaches of Reunion Island, a French island located on the Indian Ocean. Surfing has been banned there due to the growing number of sharks. The Red Triangle, aka “Bloody Triangle”, is infamous for its large numbers of sharks, specifically the great white. The beach is also home to a large population of seals, which attracts swarms of a great white. No wonder this area is off-limits to humans. The beach in Volusia County also appears to be a dangerous place for shark attacks. These pristine waters attract a lot of beachgoers, and the density of humans on the shore seems to be a magnet for swarms of sharks. The county’s beaches have one of the highest rates of unprovoked shark attacks per square mile than anywhere else on the planet — not even South Africa, which is notorious for its prevalence of sharks.