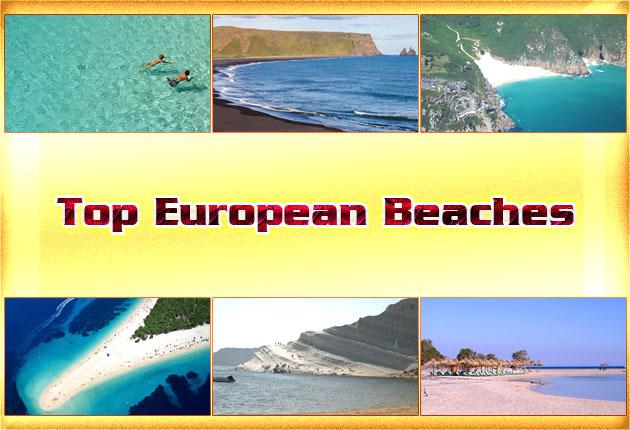 Some of the world’s finest beaches are found not only in the tropics but also in — surprise — Europe! From the white and pink Mediterranean beaches to the windswept, desolate black-sand Nordic shores, European beaches boast a certain variety that you can hardly find in any other region. So make sure when you embark on a European holiday, don’t forget to check out this continent’s breathtaking beach spots! Perhaps the most iconic beach in Europe, it is also known as the “Shipwreck Beach” because of the partly-buried ancient freighter sitting in the middle of this spectacularly crescent beach. The tall limestone cliffs almost enclose the powdery white sands and the azure waters, making Navagio Beach particularly isolated. Nevertheless, its very attributes only add to this beach’s unique allure. You only have to see this gorgeous beach by your own eyes to truly appreciate it. A lot of seasoned beachgoers swear by Rabbit Beach as the ultimate paradise — in fact, TripAdvisor has recently rated it as the world’s best beach.

It is located in a tiny island of Lampedusa, which is 127 miles off the southern Sicilian coast. This makes Lampedusa a particularly remote island which may discourage even the most intrepid travelers. But once you get there, you’ll be richly rewarded with the crystal-clear waters, velvety white sands and an abundant marine life which makes Rabbit Beach an ideal spot too for snorkelers.

Despite the name, you won’t find any rabbits there; instead, you’ll find plenty of loggerhead turtles, which are presently included on the vulnerable species list. What you’ll first notice from Elafonissi Beach is its famous pretty-in-pink sands, which are most likely the result of the crushed red corals that had been washed ashore. The long stretch of rose-colored sands against a backdrop of mountains and clear, blue skies make Elafonissi Beach truly Instagram-worthy.

While photography enthusiasts are certainly having a field day on this gorgeous pink beach, the more active beachgoers can do lots of fun things that range from swimming to kite-boarding. Another one of Italy’s bellezze naturali, Scala dei Turchi is also known in English as the “Turkish Steps,” referring to the rocky cliff off the coast of Realmonte, southern Sicily. The cliff features an unusual snowy-white color and a unique staircase-like formation, which had been formed by erosion millions of years ago. It is a popular tourist attraction for both beachcombers and nature lovers. If you’re a geology enthusiast, in particular, you should include Scala dei Turchi on your bucket list. The Croatian island of Brač features a spit of almost-perfect triangular landform that juts out into the turquoise Adriatic waters. The landform itself consists of smooth, tiny pebbles. This unique beach provides plenty of space for beach lovers. The more active types have lots of things to do there, including swimming, snorkeling, paddling, and a lot more. Away from the white sandy shores is a strip of a lush forest where beachgoers can rest under the shade. While England and the rest of the UK aren’t exactly beach destinations, you’d be surprised to find a lot of shoreline gems which are popular to tourists. One of them is Porthcurno Beach, located on the southern coast of Cornwall, England. It is about a half a day’s drive from London but it seems you’re almost in another world because of its turquoise waters and creamy-white sands.

The beach is flanked by tall cliffs, keeping the cove undisturbed even during strong winds. The beach is close to the world-famous Minack Theater, an open-air theater which was carved right onto the cliff face. There are no crystal-clear blue waters, powdery-white sands, tall palm trees and searing tropical heat everywhere in Iceland. While the Nordic island country is not everyone’s idea of a beach holiday, Iceland never fails in taking their breaths away by its otherworldly natural beauty.

Icelandic beaches typically feature black volcanic sands, rocky shorelines, chilly winds and rough, freezing waters that are definitely not recommended even for a casual dip. But there’s one outlier worth checking out — a beach in Vík í Mýrdal, a coastal village in southernmost Iceland. The rugged coastline, the white sea foams that wash over the jet-black sands, and the tall, eerily-shaped basalt columns that scatter throughout the beach, Vík í Mýrdal is a picture of a dramatic, mystical and haunting beauty. After some hard partying in Ibiza, perhaps you need to have some quiet “me time” at the beach. Fortunately, there are many beautiful beaches in Spain where you could never see any more drunken party-goers dancing to the beat of club music. The Cala Macarella is a gorgeous, serene beach located on the southwestern coast of Mallorca. There is virtually no commercialization happening on this beach so you’ll really feel you’re one with nature.

Getting there is quite a journey (it even requires a long hike along the cliffs), but once you get to actually see Cala Macarella’s pristine blue waters, white sands, rocky cliffs dotted with lush foliage and the overall tranquil atmosphere, this paradise is worth all the hard effort.