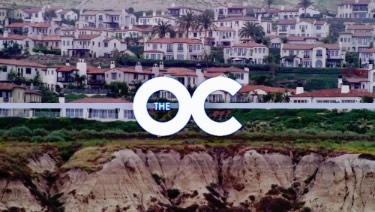 Remember the hit television series The Orange County (O.C)? It is one of my all-time favorite beach Television shows shot in California. Now that we have mentioned California, you might be thinking about how stunning the mix of the star cast with characters like Marissa, Summer, Seth, and Ryan, and the show at a stunning location like California felt.

California is a lovely place to visit, and its spotless beaches, majestic cliffs, abnormally perfect weather, and all-around healthy, clean, and attractive community make it a great tourist destination.

Many of the most famous backdrops are now open to the public. Here are the Orange County Filming Locations you can visit to relive the glory days you only saw on television. Orange County filmed numerous scenes at the Lifeguard Tower. Many scenes here got filmed within the false towers. However, those who got filmed out of studio-made ones are S49.

It is one of the most famous filming locations. If you cannot remember, recall the Season three Opener, where Ryan got consoled by Marissa. It was the S 49 marked tower. As an O.C fan, do you remember this place? It is where the summer breeze got docked!

It is also from this marina that Seth eventually sails out into the distance. It was the place where the crew hung out in Marina Del Rey’s Fisherman’s Village.

We mention again the Summer Breeze got docked here several times. It is one of the most well-known reasons to visit this area. Even though the show was in Newport Beach, California, many beach scenes got shot in Redondo Beach. As previously stated, it is located in Los Angeles County rather than Orange County. You will have to visit the Redondo Beach Pier to recreate several moments from the series on the promenade.

Do you want to have your first kiss just like Ryan and Marissa? Then taking the one to the Balboa zone would be the best!

It is certainly worth a visit because there are plenty of different games and activities to do. Although it is not the same Ferris wheel where Ryan and Marissa first kissed, it is a year-round Ferris wheel in Newport Beach. It can be your greatest bet if you want to get stuck at the top with someone you like. It is your supper destination if you are looking for some stylish dock-side eating in the style of Julie and Caleb. However, you might feel a little saddened as the legendary Balboa Lighthouse Restaurant is no longer operational, but the Sea Level Restaurant & Lounge is there in its place.

Do you want to visit the pier diner from the O.C on your tour? Then be ready to order the pancakes, buy a gumball, and bask in the nostalgia, but do not punch anyone. However, you would not find it by the name Pier Diner!

The restaurant in which the O.C got Filmed is called Redondo Beach Coffee Shop. From the pilot episode, where Ryan punches Luke in the face, you will recognize the yellow cafe with green booth seats. Looking at the above-given places, you might be thinking this place also had the fake name in the O.C.

However, this time you have the opportunity to visit an original location with an actual name.

The Warner Grand Theater is original and open to the public.

Now, if your memory is messing up, allow us to remind you it was when Marissa was still upset. It was about Luke sleeping with her mother in Season 1.

To cheer her up, Summer, Seth, and Ryan went with her to see a movie. The movie turned out to be a tragic one. They all grieved their hearts out: except for Ryan, of course. You can experience Caleb’s bachelor party by bowling in your room at the Hard Rock Hotel & Casino (if your room is the Penthouse Suite). The episode’s Vegas segment was brief, but it packed a punch. Summer traveled to Vegas to tell Seth how she felt about him, only to discover him in his suite playing tonsil hockey with another babe in the most un-Seth Cohen gesture imaginable.

Tony’s is a Redondo Beach institution that was featured numerous times in the series as an exterior. You may recall it from the moment in which Summer’s father and Marissa’s mother met. It was when they went to discuss dating. If you are planning to visit, you can eat their delicious dishes. According to reports, they serve excellent seafood and offer spectacular views of the sea. Do you want to go shopping at the mall where Summer, Seth, Marissa, and Ryan got locked out after hours? It is a genuine mall, and it is in Newport Beach, California. It is open to the public! Fashion Island is a terrific destination to go shopping for Chrismukkah gifts.

Although many of the places shown on the episode were fictional, and you may be saddened to know that, there are several O.C filming locations that you can visit in real life.

Talking of beach shows, you might also want to check other best beach Television Shows of all time!

We also have a guide on beaches of the United States, Europe, and Australia if you are a fan of traveling to beaches.