Beaches are a favorite destination for tourists and families, but they also make for some memorable scenes in movies. The rolling waters and empty spaces make for some excellent shots, while the fun activities connected to the beach draw in the audience as well. There are some iconic beach scenes in certain movies that have resonated with viewers for many years. They’re not all from beach-themed films, but their impact remains to this date:

From Here to Eternity

This is a quintessential and iconic beach scene that’s been imitated and spoofed a lot of times. But it certainly steamed up a lot of cinemas during the 1950s. While the actors must have been quite uncomfortable with the sand getting into their bathing suits, they’ve done a great job in the scene. The movie Airplane! contains a parody of the scene, showcasing how difficult the kiss would have been in reality.

At that time, such a scene was considered quite daring. It also served as a bit of inspiration for other works. It’s been recreated by actors like Kate Hamilton and Colin Egglesfield while being likely to have more recreations in the future.

The scene itself was changed from the original script. It was initially supposed to show a kiss with the actors standing up. However, Burt Lancaster, the male part of the couple, suggested the idea of lying down and having the waves crashing over them. Ursula Andress’ iconic white belted bikini shattered the two-piece swimsuit sales in the 1960s and eventually gave birth to many rip-offs. Her entrance here is cited in places as among the best films. Her character here was named Honey Ryder, and the first appearance was performed as walking out of the sea at the beach, holding a large shell. Hawaii is known for its beautiful beaches, hence the booming tourism industry in that area. Hence, any movie set in Hawaii is sure to have a beach scene of sorts. The movie Blue Hawaii has a beach theme throughout, with none other than Elvis Presley playing the lead.

Along with the concept of beach fun and relaxation, this movie has some scenes that will resonate with fans for a long time. These mostly depict a beach wonderland where Elvis plays the ukulele and tries to pursue his own dreams instead of his parents’. This movie portrays Daryl Hannah as a mermaid on the beach. This is of her most famous movies! Tom Hanks plays a dissatisfied New Yorker, and the two leads start up a summertime romance on the beach. Almost the whole movie is a fun beach scene and is more or less regarded as a beach classic now.

Fans of this movie may now be able to revisit it in a more modern setting. Ron Howard is currently planning to bring this rom-com fantasy back and have Jillian Bell plus Channing Tatum play the leads. The main difference here is the gender swap, with Tatum playing the mermaid. 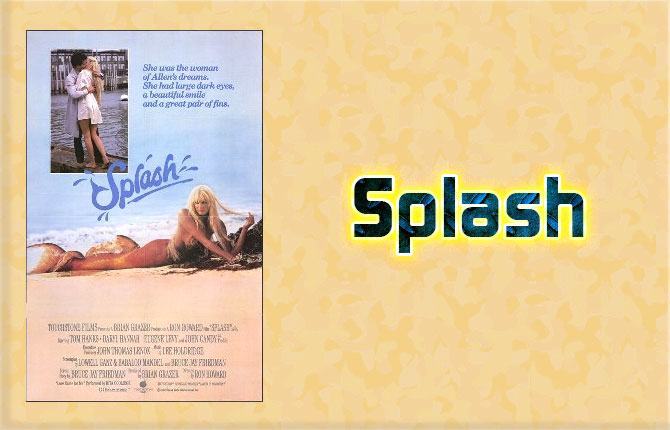 The seminal surfing movie features the endless sea, the endless big waves and the masterful surfers riding them as if they were walking on the water! The leads here visit a remote village located in Ghana and started their surfing adventures almost immediately.

While the film itself was released more than half a century ago, it’s captured the concept of surfing in a rare and unparalleled fashion. It’s actually a documentary that’s focused on bringing attention to surfing destinations all over the world. Watching this iconic shark movie may make you think twice about hitting the beach! The beach scene is one of the scariest ones, so parents might want to keep it a secret from their kids for now. This is a classic movie about sharks and a pioneer for similar works.

The beach scene here involves several beachgoers playing around as usual in the water. However, they’re soon threatened by the huge shark and turn screaming back towards the land. This sort of enactment is part of what makes the movie such a huge blockbuster. Vangelis’ synthesized film score might have undermined the film’s period feel and setting but it instead became the classic music for running and marathon. It’s as iconic as the scene itself. Pretend you’re running on the beach with this music in your head while you’re on the treadmill.

In fact, this running scene and the soundtrack behind it are a favorite with several fans. The film itself is a historical drama and based on fact. One of Ingmar Bergman’s famous movies contains the classic scene of a knight playing a chess game with Death at a rocky Scandinavian beach. Will the knight cheat on the game and on death? The suspense and horror of the plot make the rocky beach a suitable setting. All fun and games at the beach? Not so in this epic war drama, which is renowned for its excellent and realistic re-enactment of the Omaha beach assault during the Second World War. The famous scene with Bo Derek running on the beach with her unforgettable one-piece yellow swimsuit and hair in cornrows led to thousands of pinups being hung in many adolescent men’s bedroom in the 70s. It is also popular fodder for parodies.

The film itself revolves around the midlife crisis of George, played by Dudley Moore. He becomes obsessed with Jenny, played by Bo Derek, to the extent of stalking her during her honeymoon in Mexico. The scene outlined above is an iconic one as well as a sort of climax for the whole movie plot. Most of the beach scenes we’ve discussed above are classic and even groundbreaking for their era. While many are now considered suitable content for parodies and spoofs, while others serve as inspiration for more beach scenes in modern films.